So this building needs a fire alarm system. Now what?

When it comes to fire alarm system design, no one wants to leave out anything important. Every fire alarm system can include a number of different pieces of course, and each piece serves a specific purpose. Sometimes it can help then to take an inventory of the types of pieces a facility might need, before researching further into the cost of buying, installing, and running them.

To help with this, we’ve put together a quick summary of the basics a facility might need installed in order to best protect against loss and hassle in a fire emergency. 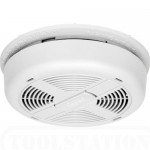 We all have these in our homes. They beep when the battery gets low. They sound sometimes when we cook food that’s extra “well done.” But most importantly, they alert us to smoke in the building by sounding an alarm. Most of the time, we get false alarms, but when there really is a fire somewhere, their benefits far outweigh the false alarm hassle every once in a while.

Industrial fire systems use smoke alarms too. Depending on the type of facility and what’s being done inside it, the detectors might work slightly differently than the ones we use in our homes. In any case, though, the basic function is the same. They detect smoke and alert us, usually with a loud beeping noise, when that smoke is detected. 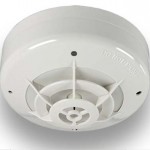 The idea behind heat detectors is roughly the same as smoke detectors. The difference, as you know, is that heat detectors trigger off temperature readings rather than what’s in the air.

Usually, heat detectors work in one of two ways. Either they sound when the temperature around them exceeds a certain level, say 135 degrees Fahrenheit, or they sound when the temperature around them increases quicker than a certain rate, say 15 degrees Fahrenheit in less than a minutes. Either way, the purpose is to alert those in the building when it gets or is getting super hot in the building, which would typically indicate there’s a fire somewhere. 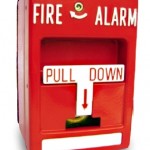 These are the red boxes we see most often in schools and other large buildings with lots of people inside. We remember them from school because someone always seemed to pull them there, with no good reason.

When used properly in a fire alarm system, manual pull stations allow one person in one location to immediately alert everyone in the building about a fire. This can be especially important in large buildings with multiple floors where a fire on one level might not be noticed on another until it’s too late, even if people on the level with the fire notice and evacuate safely. 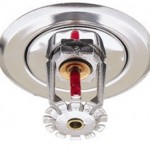 Unlike the first three parts we’ve covered so far, sprinkler systems aren’t meant to help alert us to fires. The purpose of sprinklers in a fire alarm system is to try to put out the fire or at least contain it as long as possible.

Sprinkler systems for fires connect to the main water line in buildings. They’re heat activated, and although they’re usually all connected to the same water source, they won’t necessarily all activate at the same time. They activate individually depending on the heat they sense. When the temperature get too hot, the sprinkler releases water on the area below it. And since each sprinkler sprays far less water than a fire hose, they are much more effective at putting out fires with minimal water damage.

[See here for more on installing sprinklers with a fire alarm system.] 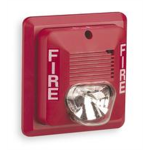 In your home, a smoke detector triggered even in an upstairs room can sound loud enough to alert you anywhere inside. In larger facilities, the detectors themselves can’t be responsible for sounding the alarm. The proximity simply makes that impossible.

As a result, large buildings require independent equipment for alerting everyone. We often think of loud horn alarms as the only type of alerts, the kind that wake up everyone sleeping nearby. Sometimes, though, in loud environments like construction areas or factories, sounds aren’t the most effective alert. Sometimes, a more effective way to alert everyone is to flash bright, strobe lights. Often horns and strobes are used together to provide the maximum possible chance for alerting everyone quickly. 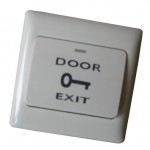 Some facilities use what we call electronic access control. This is where a card, badge, or even a sequence of numbers like a PIN can give access to certain doors in specific schedules. Access control systems can be beneficial for many reasons, as I outlined in this previous post on the advantages of card access systems. One advantage I didn’t include in that list, though, relates to fire safety.

In the event of an evacuation, access control systems that are integrated with the fire alarms can be set to automatically open all doors exiting the building. This allows everyone to safely escape the facility without fear of being trapped behind a locked door. That’s why it’s so important to integrate security systems with the fire alarm systems. 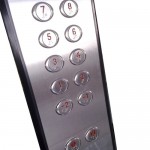 Imagine a fire starts on the fourth floor, but this particular building has nine floors with elevators operating to each floor. Integrated elevator recall systems tell the elevators how to best handle the situation. In this case, the elevators below the fourth level would not go any further up the building, keeping everyone below the fire and on their way out of the building.

The elevators above the fourth floor would still operate but only down to the fifth floor, allowing those higher in the building to reach the lowest, safe level as quickly as possible but keeping them out of harms way on the fourth level. From there, those in the upper levels could make sure of the stairs to escape out of the building. 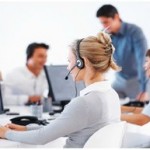 Last but not least, fire alarm systems need monitoring. Some choose the do-it-yourself approach. With technology advancing so rapidly, it’s now fairly simply to set up a system that will notify someone via cell phone whenever a fire alarm gets tripped. That way, someone from the facility knows and can decide whether to contact the fire department. All of this takes time and can cause a hassle when alarms go off at inconvenient times.

Another option is to set the alerts to go straight to a professional monitoring service. Professional services can monitor each alarm point 24/7, quickly evaluate whether or not to dispatch the fire department, and know the appropriate people to notify with the facility. This option is more suited for those who want assurance that their property and personnel will have the best response time possible. Advances in technology make this option affordable for most facilities as well. It comes down to a preferences on how each building manager wants to handle it.

In addition to fire alarm system design, consider the following:

Each of these can further ensure everyone’s safety in case of a fire emergency.

No one expects a fire, much less wants one. But those who prepare ahead of time anyway stand the best chance of avoiding the damage a fire can cause. Taking an inventory of these considerations is a great start to that preparation.

“Before anything else, preparation is the key to success.” -Alexander Graham Bell